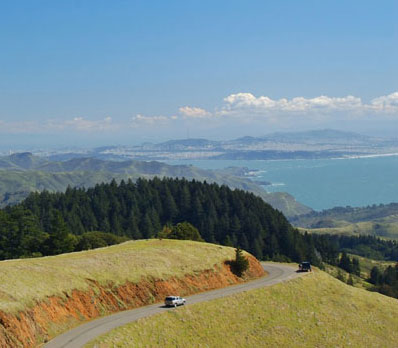 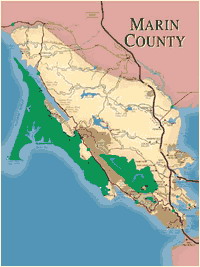 Our lives are in the North Bay and we possess in-depth knowledge of our local communities that comes from the heart and time spent living here.  You’re not just a customer to us; you’re our neighbor.  All of our energy and focus has been and still is dedicated here – where we live, work and play.  We’ve come to know our communities intimately, and we are proud to share some of our highlights with you.

Marin County has much to offer including great schools, healthy living, nature and the arts.  To learn more, please visit www.MarinCounty.org

Larkspur’s picturesque main street has many fine historic Victorian homes.  Magnolia Avenue, running through the downtown area, and is known for its fine restaurants and shops. It has a small town feel.  It is also home to Marin County’s largest ferry terminal. Corte Madera has several wildlife preserves, the largest being the 204-acre Ecological Reserve, a sanctuary for local and migrating waterfowl. On the eastern edge of town, the Ring Mountain Preserve offers hiking and biking while enjoying unsurpassed views of the Bay. Good, local schools have attracted a large number of children. Corte Madera is a fairly affluent, middle class suburb with almost two-thirds having college degrees.

Parks & Recreation
Corte Madera has many parks, from small to large areas with tennis and basketball courts, baseball fields and soccer facilities. Larkspur has one large park with ball fields, and a playground. There is a Twin Cities youth little league and extensive youth programs. 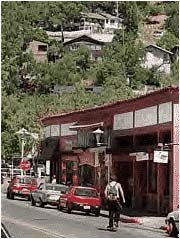 Fairfax is a friendly town, large enough to provide shopping convenience in town, but small enough to foster a true sense of community, where neighbors know each other and meet in the pleasant downtown areas. San Geronimo Valley offers forested hills and open spaces.

Parks & Recreation
This community is ideal for outdoor lovers. There is one main park and nearby hiking and biking trails around Bon Tempe, Lagunitas and Alpine lakes. 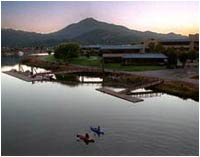 Gracious homes, stunning views, wooded neighborhoods and good schools distinguish the Greenbrae and Kentfield communities. Growth in these communities was augmented by construction of the popular Bon Air Center, home of a number of businesses. Because of the way development and annexation preceded, many Greenbrae homes are actually in Larkspur. Greenbrae is home to Marin General Hospital, the county’s largest medical facility, and a wide range of clinics and medical specialty offices.

Parks & Recreation
Greenbrae has one main park and several nearby hiking and biking trails. There is a Little League program for youths. 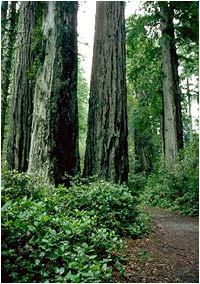 Mill Valley lies at the foot of Mount Tamalpais, the highest peak in Marin County and a dominant landmark. The town has a unique character. It has a charming downtown and is home to a theater, nightclub, art gallery, coffee shops, and the Depot Bookstore Café, a popular gathering place. Mill Valley is one of the larger populations in the County and education levels are among the highest in the nation.

Parks & Recreation
A wealth of recreational opportunities exist in the area including a nine-hole public golf course, three parks, two recreation centers, one with a pool, gym and ball fields. Numerous youth programs are available through the Parks & Recreation Dept. There are hiking and biking trails, a dog run, and a wide range of annual events such as the Dipsea foot race, Mill Valley Film Festival, Outdoor Arts Fair, Festival of Wine, and a Memorial Day crafts festival in Bayfront Park. 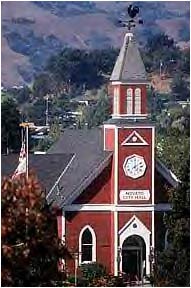 Novato began as Rancho de Novato, a Spanish land grant. Incorporated in 1960, it encompasses 28 square miles and has a distinct country-suburban feel. Features and landmarks include the huge Vintage Oaks Shopping Mall and Hamilton Field, a former air base converted to a residential and retail complex. It is also home to the Buck Institute, an internationally recognized scientific center focused on aging research. Novato is one of the larger populations in the County and has one of the highest education levels.

Parks & Recreation
A number of parks exist throughout the city and in some outer regions. Many youth and adult programs are available through the Parks and Recreation Department. There are many restaurants, churches, movie theaters, and a public library. 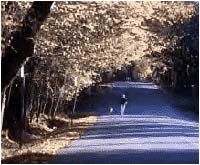 Ross is located between San Anselmo and Kentfield in the middle of Central Marin’s Ross Valley. The town got its name from James Ross, a Scotsman who came to California during the Gold Rush, made a fortune selling wine in San Francisco. He bought a tract of land in 1857 where the town now stands. Ross features some of the oldest and most exclusive estates in the County, both in the hills and along Shady Lane, a tree-lined road that connects Ross to neighboring San Anselmo. The small downtown has a grocery store, post office, butcher, florist, and a few small cafes and some offices. Ross has citizens of all ages. Residents generally have achieved a higher level of educational, and most work in mostly white color professions.

Parks & Recreation
Ross has one park and the Marin Art and Garden Center with playground and picnic areas. Children play in the Ross Valley Little League. 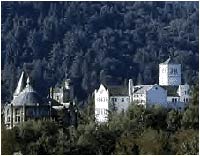 San Anselmo was once the railroad hub of the County. It is larger than many of its neighbors, but retains a feeling of small town charm. The self- proclaimed “Antiques Capital of Northern California” has about 130 antique dealers, many bookstores, coffee shops, boutiques, and restaurants along San Anselmo Avenue next to Creek Park. Homes are typically older and smaller than those in nearby Ross. San Anselmo citizens are highly educated, and most people work in managerial, technical or sales professions. 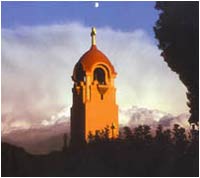 San Rafael became Marin’s first city in 1874. It’s the commercial, cultural, and governmental center of Marin. It lies 17 miles north of San Francisco and is surrounded by wooded, grassy hillsides and the bay. About one-third of the city’s 17 square miles is open space. Building projects and downtown revitalization efforts have added new sparkle to the city. Adjacent Terra Linda is home to the Marin County Civic Center, the architectural marvel by Frank Lloyd Wright. San Rafael has the largest and most diverse population in the county. Education levels are high; occupations run the gamut from service and sales to managerial professions. San Rafael’s housing also includes many rental units.

Parks & Recreation
China Camp State Park, a former shrimp fishing village now offers recreational opportunities as does nearby McNear’s Beach Park. The Film Complex at the Rafael Theater is on Fourth Street. McInnis Golf Course is just east of Hwy 101. There are many small neighborhood parks and extensive youth programs available through the Parks and Recreation Department.

Sausalito was named by a Spanish explorer for the little willows, or “saucelitos” growing along its shores. After incorporation in 1893, it became a major ferry and railway center, then a shipyard during World War II. It’s a favorite tourist destination for its art galleries, restaurants and boutiques lining Bridgeway and for the beautiful homes that line the hills facing the bay as well as the harbor. Its character is reminiscent of towns in the Mediterranean. The Bay Area Discovery Museum, a children’s exploratory learning center, is located in Sausalito at the base of the Golden Gate Bridge. Sausalito’s mid-sized population includes mainly adults over 25. Many are single, and most are well-educated and work in managerial, technical or sales professions.

Parks & Recreation
The community is a veritable play land with parks and playgrounds, boat docks, trails and state recreation facilities all within a short distance of downtown. 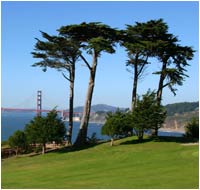 Spanish adventurers called it Punta de Tiburon: “Shark Point.” Tiburon was once a working-class railroad town. Today it is a trendy, wealthy community with tennis and yacht clubs. Many homes have views of San Francisco Bay, Richardson Bay and Mount Tamalpais.

Adjacent to Tiburon is Belvedere, which means “beautiful view” in Italian. One of the smallest and wealthiest cities in the Bay Area, it is surrounded on all sides by breathtaking vistas. Mount Tamalpais, Richardson Bay to the west, Angel Island and the Tiburon hills to the north and east, and the San Francisco skyline and Golden Gate and Bay bridges to the south can all be seen from Belvedere. The two towns share the downtown business district.

Tiburon has a moderately sized population encompassing all ages. The well-educated townspeople work in managerial, technical, and sales positions. Belvedere has a small population. Almost three-quarters of residents are over 35. The populace is homogeneous, married, and most often university educated.

Parks & Recreation
Blackie’s Pasture along Tiburon Boulevard is a former pasture that now includes a walking/biking trail and playgrounds, as well as soccer fields and a gazebo. There are several public tennis courts. Belvedere-Tiburon Recreation Department offers plenty of youth programs. The Belvedere is home to the Corinthian Yacht Club. Tiburon is a great dining town and tourist attraction with restaurants offering a wide variety of food and ambience. Good boutique shopping and annual entertainment events abound.

West Marin is worlds away from the Bay Area, yet only minutes from anywhere in Marin County. It is comprised of acres of grazing lands, dairy ranches, redwood canyons, alpine-like mountain ranges and picturesque beaches, which are preserved in their natural state for generations to come. Federal and state parklands surround the small communities of Bolinas, Nicasio, Stinson Beach, Inverness and Point Reyes, the Point Reyes National Sea Shore, the Golden Gate National Recreation Area and Mount Tamalpais State Park.

Bolinas
The Bolinas Lagoon is home to a unique bird population which is monitored and protected by the Point Reyes Bird Observatory and Audubon Canyon Ranch.

Nicasio
Nicasio is home to some 600 residents who have lived there for generations, many of them old dairy families. The George Lucas Skywalker Ranch film complex is nearby. The town has a historic Catholic church. It is also home to the popular Rancho Nicasio restaurant.

Point Reyes
Point Reyes Station began in 1875 as a whistle stop for a newly built narrow-gauge railroad. By the early 1900’s, it had become an “emporium town,” in the words of historian Jack Mason, serving ranching families at the southern end of Tomales Bay.

With the creation of the Point Reyes National Seashore and the Golden Gate National Recreation Area, park visitors have joined the mix of people on the street, and Point Reyes Station has now developed its own café society.

Happily, the town has managed to evolve without losing its rural charm. Ranchland surrounds Point Reyes Station on all sides, and the Old Western Saloon on a Friday night can be as rough and rugged as it ever was.

Stinson Beach
Stinson Beach is a small tourist-friendly town on Highway 1 that has no sidewalks. Many businesses cater to the beach lifestyle. There are older homes, but the town has newer developments including Seadrift, a gated subdivision on the beach.